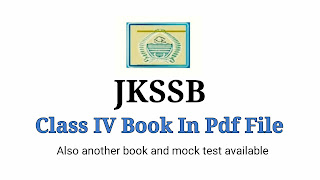 The Examination will consist of Objective Type, Multiple Choice Questions only and shall be OMR based. The questions will be set in English.

There will be negative marking of 0.25 marks for each wrong answer.

.On 20 August, 1917, Montague, the Secretary of State in England, promised the gradual development of self-governing institutions in india.This August Declaration led to the end of the Home Rule Movement.

In 1917, a committee was set up under the presidentship of Sir Sydney Rowlatt to look into the militant Nationalist activities. On the basis of its report the Rowlatt Act was passed in March 1919 by the Central Legislative Council. As per this Act, any person could be arrested on the basis of suspicion. No appeal or petition could be filed against such arrests. This Act was called the Black Act and it was widely opposed. An all-India hartal was organized on 6 April, 1919.

On 13th April, the Baisakhi day (harvest festival),a public meeting was organized at the Jallianwala Bagh (garden). Gen. Dyer marched in and without any warning opened fire on the crowd. The firing continued for about 10 to 15 minutes and it stopped only after the ammunition exhausted. According to official report 379 people were killed and 1137 wounded in the incident. There was a nationwide protest against this massacre and Rabindranath Tagore renounced his knighthood as a protest.

The tongue helps in ingestion, chewing, tasting and swallowing of food and mixing of food and saliva.  Salivary glands secret saliva which helps in digestion of starch. Gastric glands present in the mucosa of the stomach, provide acidic medium for the food digestion.

Liver, the largest sized, reddish brown gland of body, secrets bile. Liver is present in the right upper part of the abdomen. The bile secreted by the liver is stored in gall bladder. It helps in the emulsification and digestion of fats.

Oxygen is needed for the oxidation and expelling of carbon dioxide is necessary to avoid its- accumulation. This process of exchange of gases between the environment and the body, is called respiration.

In some unicellular organisms like aerobic bacteria,amoeba, hydra, etc. there is direct exchange of gases between the carbon dioxide of the body and oxygen of water.

There is no blood for transport of gases. However,in larger and complex form of animals, specialised respiratory organs are developed.

Amphibians respire through skin, fishes through gills and mammals birds and reptiles through lungs.

A normal adult inspires or expires about 500 ml of gas with each breath and about 72 breathes per minutes.

the circulatory system are heart, blood vessels and blood.

Heart is a thick, muscular, contractile and automatic pumping organ. In birds and mammals, heart is divided into four chambers.

Arteries are thick walled blood vessels which always carry the blood away from the heart to various body parts.